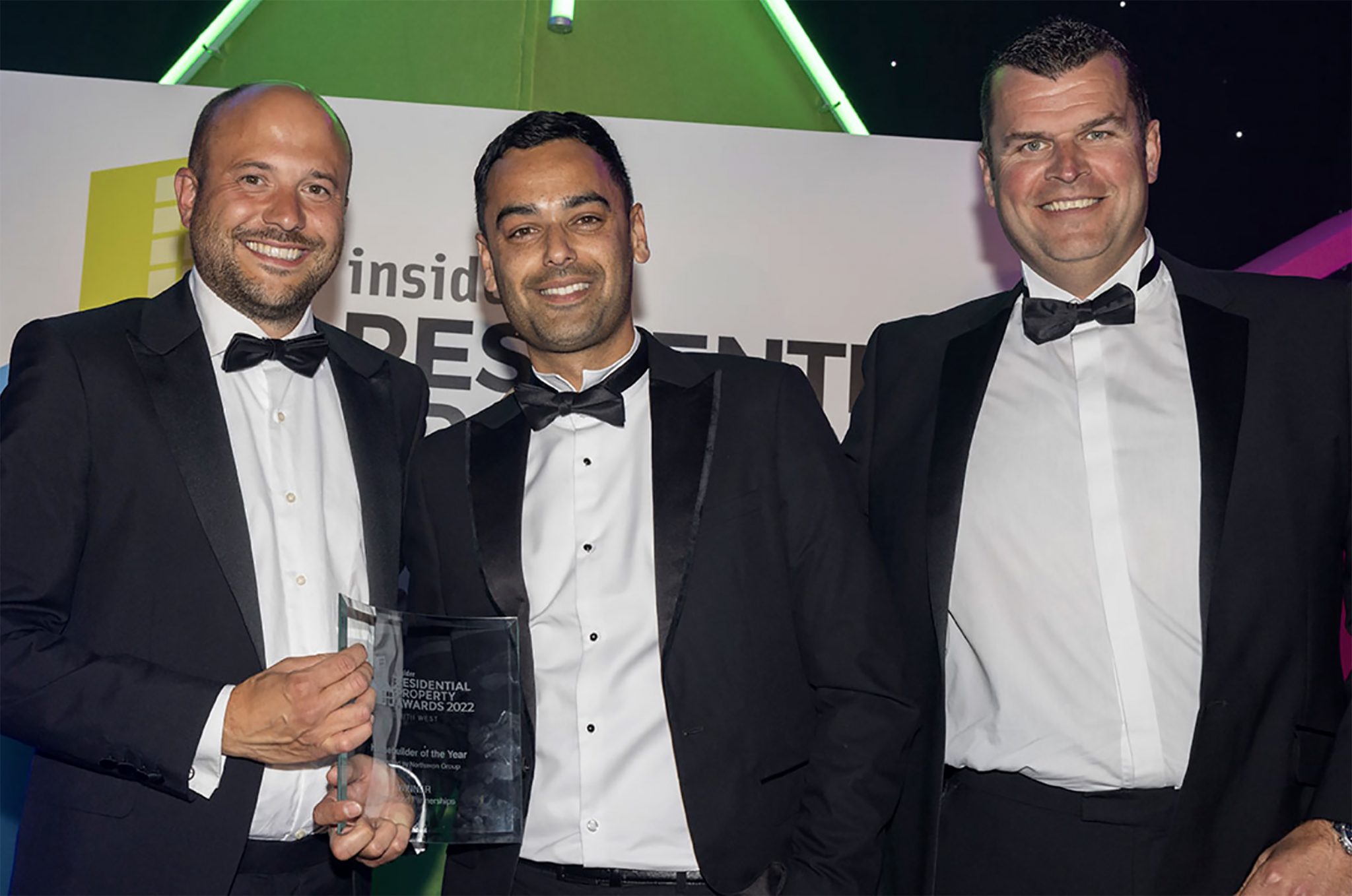 Stonewood Group is celebrating its 50th anniversary year with a double win at the South West Insider Residential Property Awards.

The Wiltshire company’s housebuilding division Stonewood Partnerships was crowned Residential Developer of the Year and Housebuilder of the Year in front of a packed black tie audience at Sandy Park in Exeter.

The judges, including Jacqui Pollard of architecture practice Stride Treglown, Gavin Bridge of Spatia and Steve Holland from Homes England, said in judging the Housebuilder of the Year award that every housebuilder was working in a challenging market in the period in question, in terms of materials and labour supply but added: “Stonewood is a notable regional housebuilder and developer bringing cleverly positioned homes to completion in its target markets.”

In awarding the night’s most prestigious award, Residential Developer of the Year, they said of Stonewood: “All the disciplines to being a successful developer need to come together to be a stand-out operator.”

For both entries the company entered three developments, two of which have already garnered a clutch of awards, Somerbrook in Great Somerford, The Tannery in Holt and Orchard Field in Siddington.

Somerbrook, which is now completed and has seen every unit occupied, is a neighbourhood of 38 two, three, four and five-bedroomed family homes, including ten affordable homes, that embodies the traditional feel of the village it lies adjacent to.

The Tannery is a joint development with sister company Stonewood Builders, converting historic 250-year-old listed buildings at the former tannery into 100 workspaces and 43 new homes. Most of the units have been reserved but there are still some available.

Orchard Field is a new neighbourhood of 88 low-energy homes, built to the highest ecological standards, with the homes being carbon-neutral and designed to cut energy bills by 70 per cent compared with standard new-built homes.

The sales office has been inundated with inquiries since the first batch of homes at the site were released.

Stonewood Partnerships Managing Director Sam Smart said the awards were a testament to the skill and dedication shown by all of the group’s staff involved in the projects. “I’m so pleased for everyone who worked so hard on these projects – from the board to the design team at Stonewood Design, the buyers, groundworkers, construction teams, support staff, sales teams ad contractors – everyone has put a fantastic amount of work in,” he said.

“These are our first three developments and I think they have put down a marker for the high quality of design, build and finish that we want to deliver. I’m really proud of what we have achieved so far and what this will inspire us to next.”

After his son Matt and is friend, Chief Operating Officer Ben Lang, took over the company in 2009 it has grown to 260 staff and a turnover of more than £40 million, with offices in Castle Combe, Tormarton in Gloucestershire, Kidlington in Oxfordshire and Castle Carey in Somerset, with another planned for Exeter.