A tree branch was raised to the roof during the topping out ceremony for the show home at the Somerbrook development in Great Somerford, watched by dozens of construction and office staff from builder Stonewood Partnerships.

The 38-home neighbourhood is being built on four acres of ancient farmland that was once home to a dairy herd at Brook Farm on the edge of the village and will include ten much-needed affordable homes.

“For us this was a significant moment, our first house ‘in the dry’, which means we have a roof covering on, so we wanted to thank everyone for all their efforts to get to that point. I’m sure moving forward we’ll have less time to reflect but it just seemed like a good thing to do so we got everyone down to celebrate what for us is a little bit of a milestone.”

With the branch raised to the roof, workers raised a glass to the development and wished the workers luck. The tradition is said to date back to work on the pyramids but became popular in Scandinavia, when builders cleared a space in the forest to build a home and then placed a fir tree on top of the building as an offering to the forest gods to appease them for disturbing their habitat.

The custom also involved providing drinks or ‘tile beer’ for workers. The practice was brought to Britain after the Vikings invaded and became widespread.  One Victorian builder who was a teetotaller refused to give his workers beer, handing them Bibles instead. The workforce promptly took them to a pawn shop and bought beer with the proceeds.

Mr Smart added: “A whole tree on top of the building wasn’t practical for us so we offered a branch instead. It was really good to mark the moment and see the sense of scale and shape of the development. There’s a real sense excitement now as we can see it coming together.”

He said since work recommenced after a six-week shutdown for the coronavirus, the Cotswold-style neighbourhood is coming together at pace. “We are eating up the time we lost during  the shutdown period for Covid,” he said. “There is a real buzz on the site with teams of sub-contractors making huge progress. You get a little tingle of excitement every time you step on site and see it emerging from the ground.

“It’s now looking rather like a housing development than a building site, there’s work under way on every plot and we are in full swing now.”

Our four-bedroom show home is due to be completed and opened by late September, which we are very excited to unveil to everyone. You can find out more, and request a brochure now. 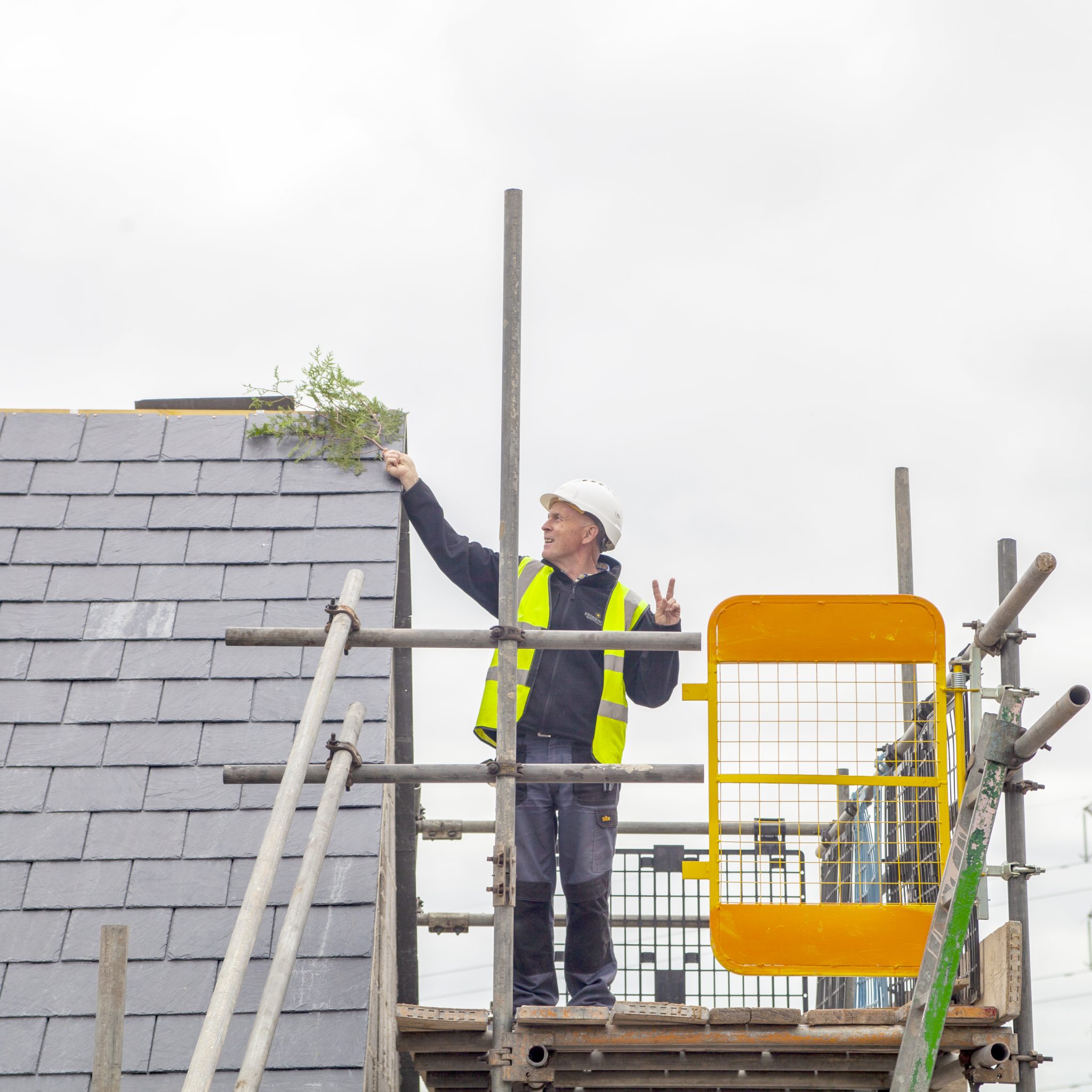