Assistant Quantity Surveyor, Lily Elder is looking forward to developing her expertise when she is sponsored by Stonewood Partnerships to study for a degree this autumn.

“I’m really looking forward to going back into education and learning more about my role,” she says.

“There’s a small percentage of maths and a lot of measurement but I’ll also earn a lot about the tendering process and construction and commercial law so it will be really exciting and I can’t wait until September.

“In the office, Jamie Bishop, the Commercial Manager, and Becky Harris, who has just joined us as an Assistant Quantity Surveyor, have done the course before so they’ve given me their books and will be there to help with advice. It’s a really nice team to be in.”

Lily follows two colleagues from sister division Stonewood Builders on the same course at UWE. Stephanie Higgins and Claire Graham, who were sponsored by the firm, were recently included on the UWE Deans list, which showcases exemplary performance.

Stephanie is in the fourth year of the course, which will not only give her a BSc Hons but also her RICS Chartership. Claire is in her final year of the day release course, having started with Stonewood part way through her course a year ago as a project assistant.

Lily began at Stonewood as a project manager but wanted to use her experience in auditing to become a quantity surveyor.

“I really enjoy the work,” she says. “You are at the beginning and the end of the process. Right at the start of the job you get the drawings from the architect, measure it all and then put rates against your measurements to work out whether the budget is realistic. Then you stay within that throughout the tendering and construction process.”

She is responsible for sending tender packs out to the tradespeople who work on Stonewood sites. “When you have someone’s tender and theirs is the best price, you award the work to them and then when they are on site, you monitor their work to check it is on time and in budget,” she says.

“At the end of the project you are responsible for cost reporting to look at where you are against the budget.”

Keeping finances under control is a pleasing part of the job for Lily. “Achieving the budget and knowing that you have done that by keeping the costs down is satisfying,” she says.

“The quantity surveyor can be a bit of a villain on site, I won’t lie! It’s because we are about costs and have to tell people they haven’t won a tender. You need a bit of backbone and strength when they question you why and you’ve got to believe in your judgement.”

She said the support of her colleagues has helped her gain confidence in her work and her decision-making. “Everyone has been very helpful and supportive in giving me confidence in my work and having the strength to stand up for myself,” she says.

That confidence has now manifested itself in the degree course. “I really want to thank Stonewood for funding me to do the degree,” says Lily.

“It is amazing that they enable their employees to develop and that they want them to grow. They are not afraid to invest in their staff because they know it will help them in the long run and I really appreciate that.”

When she joined Stonewood Partnerships she was only its eighth employee, but now she is among nearly 40 working from the division’s Tormarton office. She says: “Everyone has learnt and grown together and it’s an amazing thing to be part of and with so many sites in the pipeline we are only going to get even bigger.”

“At Stonewood Partnerships we are following that example and know that as we continue to expand it will be with a group of people who we have invested in and who, in return, feel invested in the company and our values. Lily is just one of many future leaders in the company and it is a real pleasure to support her on the next step of her professional development.” 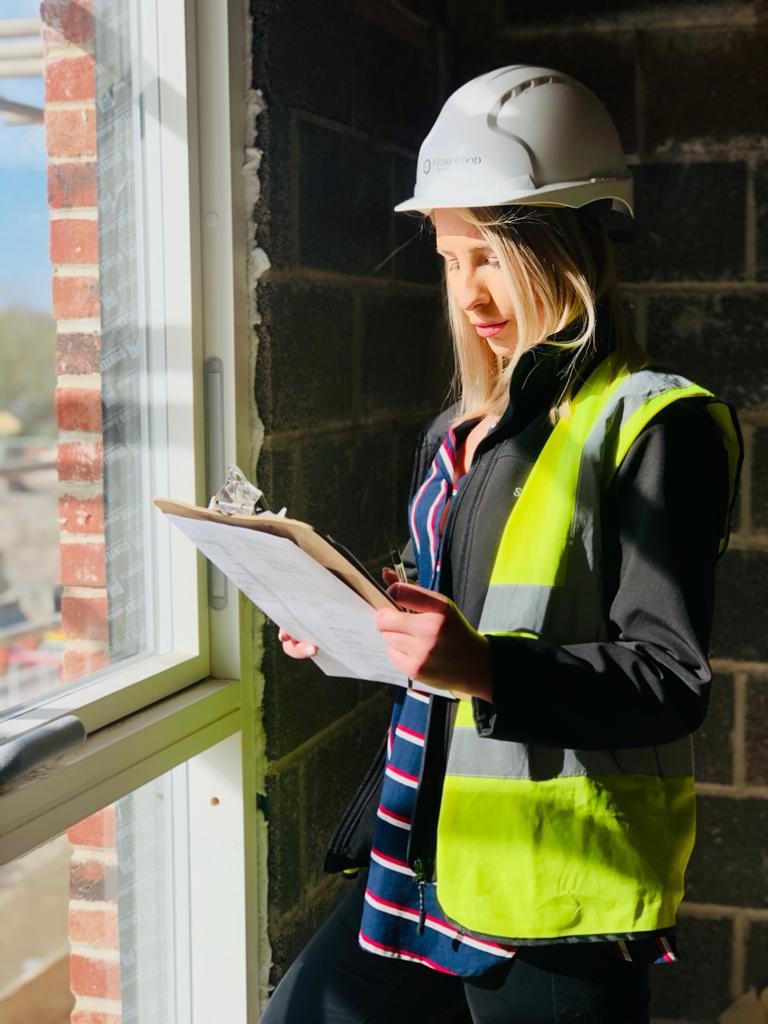