Stonewood staff in training for 100-mile cycle challenge to raise £10,000 for charity

More than 70 riders will be taking on a mammoth cycling Sportive challenge to raise £10,000 for two charities.

Cyclists of all abilities from the Stonewood Group and its investors, suppliers, clients and other partners will be riding up to 100 miles around north Wiltshire and the Cotswolds on Thursday (September 9) in aid of Wiltshire Air Ambulance and Brain Tumour Research.

“We’ve been raising money for these two great causes for a couple of years and we wanted to do something really big,” he said.

“We know a lot of our staff and the people we work with are into cycling so we thought it would be a good challenge, which we all relish, and a good team bonding event too.”

The Sportive will begin at The Rectory in Crudwell before heading out to Great Somerford, where Stonewood Partnerships is developing its award-winning 38-home Somerbrook neighbourhood.

Riders will then head to Tetbury and out into the Cotswolds on either a 50-mile or a 100-mile route before looping back to the finish at Crudwell.

“We have quite a varied range of abilities taking part,” said Mr Powell. “While some of them are very accomplished riders, there are some who don’t even own a bike so for them it will be a massive challenge. But they are all determined to help raise some money by being sponsored to complete whichever route they take on.”

The Sportive, which has already reached its 75-rider safety limit, should take an average six hours of cycling. “But there will be lots of stops on the way for brunch and refreshments so it will take some people a lot longer,” said the organiser.

Many of the riders have been in training for months said Mr Powell. “Castle Combe Circuit opens up its racetrack for cyclists on Thursday nights so quite a few people have been going along,” he said.

Stonewood is covering the costs of organising the fundraiser so that all of the money raised can be split between the two charities.

“It is very generous of Stonewood to underwrite this whole event,” said Mr Powell. “We are working with a company to help deliver it and take care of all the health and safety.

“We’ll be using pubs and cafes as stopping points for the riders to have snacks and refreshments because we want to support as many local businesses as we can. We end up back in Crudwell where there’ll be some food and drink for everyone – and probably a good night’s sleep I’d have thought.”

Stonewood Group Chief Operating Officer Ben Lang said: “This event was supposed to happen a year ago and obviously couldn’t go ahead due to the pandemic. But now it seems even more timely because the charities we support, like so many, have had a tough year of fundraising. 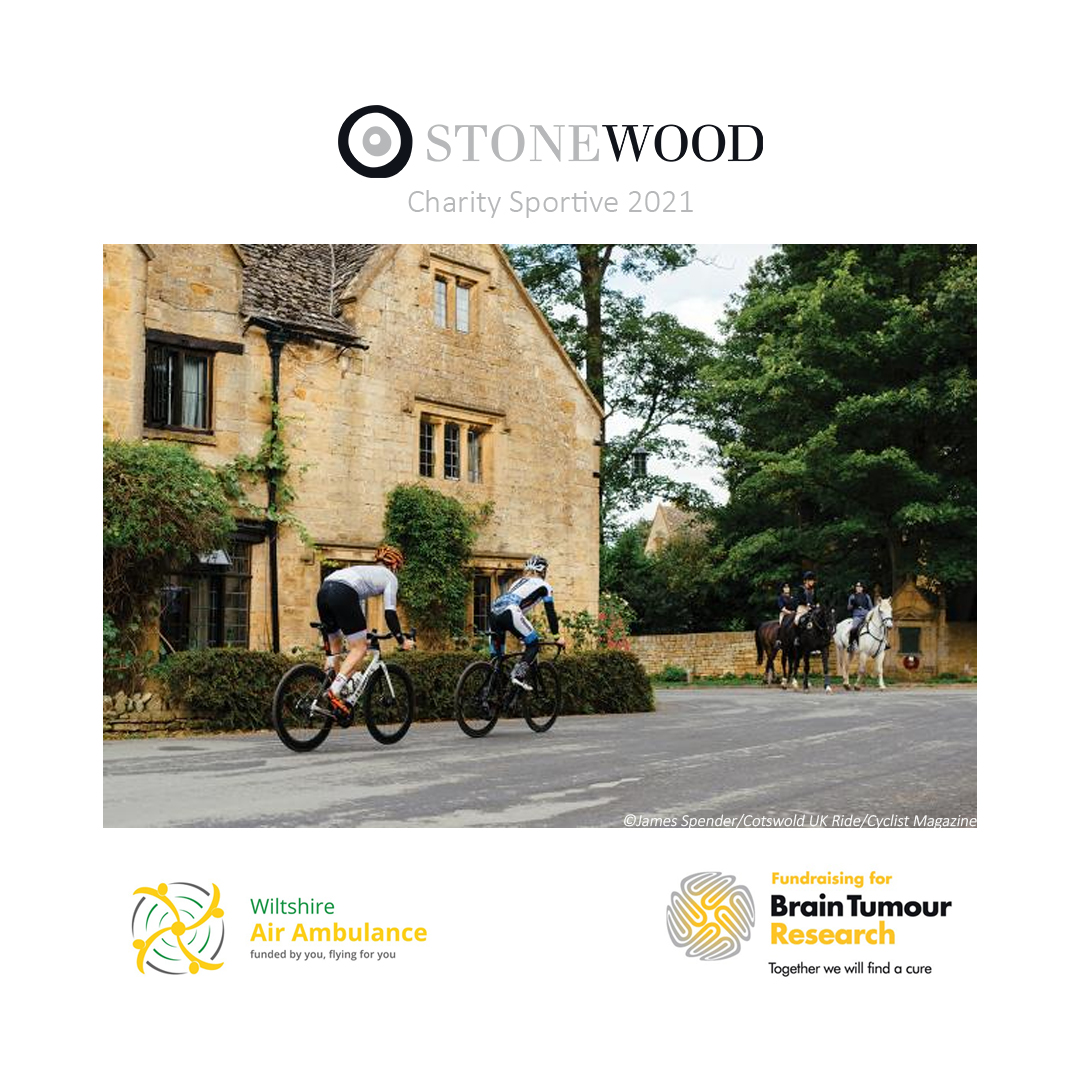